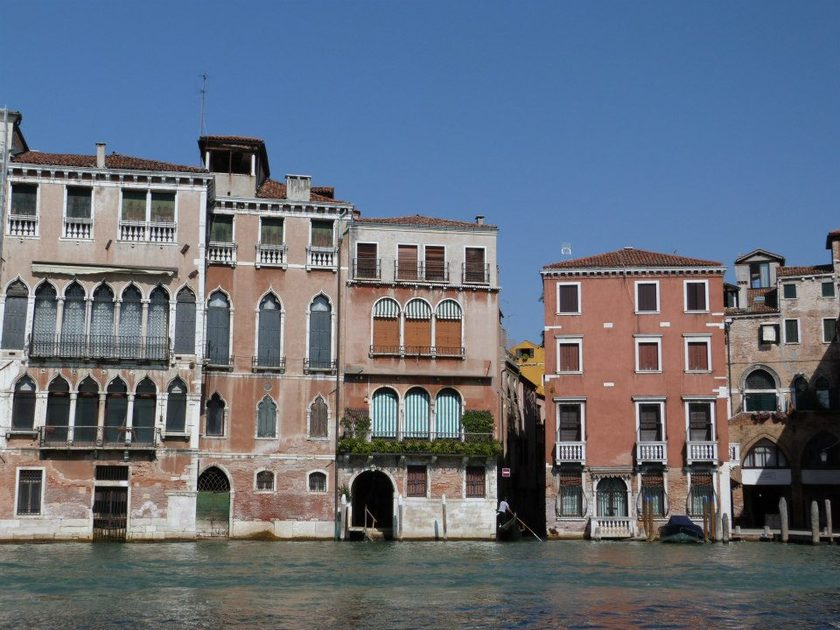 On June 5, 1950, the twenty-fifth Venice Biennale was officially opened by Guido Gonella, the Italian Minister of Education, surrounded by dignitaries from each of the countries represented at the festival, as well as the crème-de-la-crème of Italian society. The pomp and spectacle of the opening ceremony contrasted dramatically with the stark modernism of the art on show, reminding one critic of “medieval pageantry” akin to “Shakespearean films in full colour.” The festival showcased a particularly strong variety of works that year - the British Pavilion housed an exhibition of John Constable’s paintings, alongside contemporary artists Barbara Hepworth and Martin Smith, while the United States was represented by Jackson Pollock, Willem De Kooning and Arshile Gorky, all big-names of the Abstract Expressionism movement. The Mexican Pavilion made a huge impression on visitors too, with the artists Jose Clemente Orozco, Diego Rivera, David Alfaro Siqueiros, and Rufino Tamayo, astonishing both the critics and the public with the vibrant pictorial violence of their work. It was in the face of such competition that two female Irish artists stepped onto the international stage to represent their country, in what would become a ground breaking moment for Irish culture abroad.

For the first time in the history of the event, Ireland participated in the 1950 Venice Biennale, sending 12 works each by the artists Nano Reid and Norah McGuinness to the exhibition. Reid and McGuinness were both prominent figures in the Irish art world at the time, exhibiting regularly with the Society of Dublin Painters and at the Irish Exhibition of Living Art. Their work had been shown in numerous exhibitions in Britain and France in the years preceding the Biennale, while they were both included the Exhibition of Contemporary Irish Painting touring America throughout 1950. The pair had similar backgrounds, having studied at the Dublin Metropolitan School of Art before continuing their schooling in London and Paris. Most importantly in this context however, they were both strong advocates of a modernist style of painting. Although this manifested itself in different ways in their individual oeuvres, both Reid and McGuinness were undeniably forward-thinking in their artistic practices, rejecting the more traditional realism of painters such as Séan Keating and Maurice MacGonigal, for a more abstract idiom that had stronger affiliations with European modernism.

As Ireland did not have a permanent pavilion at the event, the two artists found themselves occupying Room 50 of the central Italian Pavilion, with the Israeli delegation on one side and a retrospective of the Cubist sculptor Jacques Villon on the other. There is very little evidence to say how the works were displayed, and equally little information about the reception of the Irish show - coverage of the Venice Biennale in the Irish Press was limited, although those who did review the event seemed disappointed with the country’s representation. Several commentators commended Reid’s and McGuinness’s work, but felt it failed to represent the breadth and scope of contemporary Irish Art. However, in Italy, the response to the two women’s work was largely positive – the Italian President bought McGuinness’ painting The Black Church, while the Italian critic Umberto Apollonio praised her “vibrating and rather evocative tonality”, and Reid’s “audacious expressionism.” James White, who wrote the catalogue entry for the two artists at Venice, claimed the “critics were amazed to learn that Reid was a woman artist,” because of her strongly Expressionist style.

The decision to choose two female artists to represent Ireland at the Biennale is quite remarkable, considering this was the first time the country had shown at the event. The nation’s cultural identity was to be shaped by this event, and international perceptions of the country would be determined by what they chose to show. The choice fell to Doctor George Furlong, recently retired from the post of the Director of the National Gallery, who was requested to select the artists and the works by the Cultural Relations Committee at the Department of External Affairs. The reason for their selection as Ireland’s representation is most likely because Dr. Furlong believed these two artists could compete on an international level, that they could hold their own against the likes of Pollock, De Kooning and Rivera. Although the Irish Pavilion did not earn as much attention as the Mexican or American shows, the feedback from Italian visitors was generally positive and the achievement of the two women at the centre of this – Nano Reid and Norah McGuinness – is undeniable.