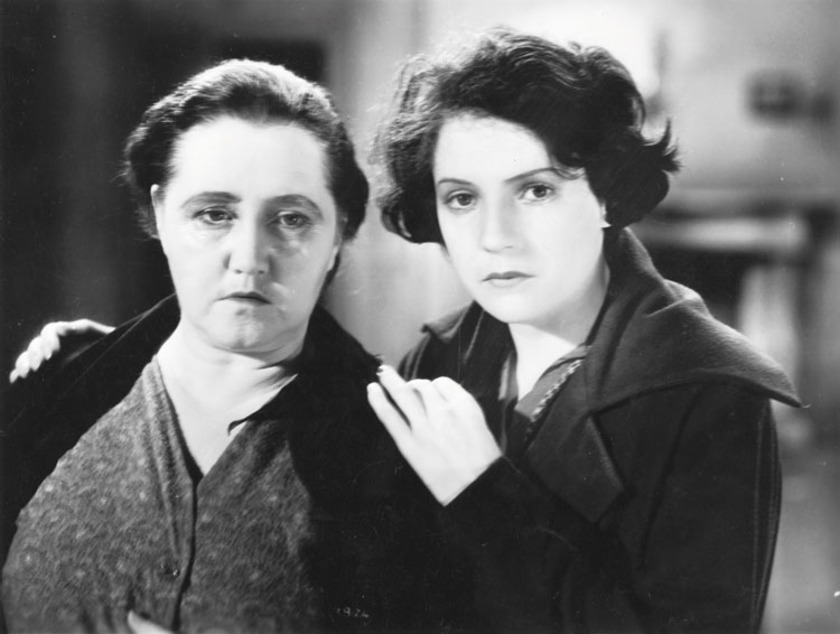 Sara Allgood (1879 – 1950), sister of Molly Allgood (stage name Maire O’Neill) was an Irish actress, famous for roles both on stage and screen. W.B. Yeats praised the Allgood sisters in his Nobel Lecture (1923) as “players of genius”, true stars of the early days of the Abbey Theatre. Sara’s legacy includes many critically acclaimed performances on stage in Ireland, the UK and abroad, her roles in several Hitchcock films, as well as her status as an Oscar Nominee.

Sara was born in Dublin on October 15th 1883), the product of an unhappy marriage of a strict Protestant father and creative Catholic mother. The children’s love of song, dance and poetry was quashed by their father and was carried out in secret, at the encouragement of their mother. This changed when he passed away and Sara joined the Inghinide na hÉireann (Daughters of Erin) organisation set up by Maud Gonne. This was a nationalist movement designed to encourage young women to study Irish literature, drama, art, history, etc. in an attempt to reject English influence in the country.

Sara was initially a ‘walk-on’ in a Lady Gregory play, followed by the role of Princess Buan in The King’s Threshold in 1903. Her comedic talents were revealed in her first part at the Abbey Theatre in 1904, that of Mrs. Fallon in Spreading the News by Lady Augusta Gregory. In 1924 Yeats commented that Sara was “not only a great actress, but the rarest of all things, a woman comedian”. She eventually became the leading lady in several key Abbey plays, due in part to her incredible vocal projection, performing The Widow Quin in Synge’s Playboy of the Western World (1907) Lavarcham in Deirdre of the Sorrows (1910) and the title role in Yeats and Gregory’s Cathleen Ní Houlihan (1913). Simultaneously, Molly’s star also began to rise, and many roles were contested between the sisters. A sibling rivalry is evident and, unfortunately, they were often not on speaking terms. Both of the sisters are now synonymous with these early days of the Abbey, when it was a mere fledgling that would eventually become recognised as one of Ireland’s greatest theatres.

After almost a decade at the Abbey, Sara moved to London to help establish the Liverpool Repertory Theatre and to work with several other English companies. 1916 was an important year for her, touring Australia as the title role in Peg O ’My Heart and marrying her leading man, Gerald Henson. After this initial joy, her life took an unsettling turn, as her newborn hour-old daughter died of influenza in January 1918 and her husband followed that November of the same illness. 1918 was also the year that Sara undertook her first film role in Just Peggy.

A role she became particularly famed for was that of Juno in O’Casey’s Juno and the Paycock, a tale of Dublin tenement life during Ireland’s struggle for independence. This was first performed at the Abbey in March 1924 to great acclaim, in part due to Sara’s tragic portrayal of Juno Boyle. Fallon remarked “her appearance literally compelled the audience to a frozen silence”. She also created the role of Bessie Burgess for O’Casey’s The Plough and the Stars (1926). At this point in her career, Sara began to focus more on screen roles, such as Alfred Hitchcock’s Blackmail in 1929, considered by many to be the first real “talkie” movie, a critical achievement in the history of cinema. A movie adaptation of Juno and the Paycock (1930), also directed by Hitchcock, called out for Sara, the original Juno. Her movie career continued throughout the 1930s, although she was generally typecast as the Irish mother or grandmother in small roles.

In 1940, Sara decided to pursue an acting career in Hollywood and moved there permanently. A key achievement in her acting history came in 1941, when she was nominated for a Best Supporting Actress Oscar for her role in How Green Was My Valley. The movie, directed by John Ford, was hugely successful at the time, winning five of the ten Oscars it was nominated for. Unfortunately, Sara lost out on awards night, but her role as the matriarch of a Welsh mining family stands as the pinnacle of her movie career. She starred in several other films throughout the 1940s, continually cast as the domestic servant, working class mother or landlady, because of her lack of conventional beauty (a trait regularly attributed to Molly) and matronly appearance. Her hopes to become a star in America did not come to fruition and she passed away of a heart attack in Hollywood on the 13th and in financial difficulties.

Sara Allgood is remembered as a titan of the Abbey stage in its early golden days. Although she never gained the fame she hoped for in America, she achieved much on stage and screen all over the world, playing lead roles in momentous plays and ground-breaking films, acting as inspiration for some of the finest writers of the time. Despite her sometimes tough demeanour (many co-stars of How Green Was My Valley attest to her belligerent arguments with director John Ford), she will always be remembered for her unique talent in portraying both the comic and the tragic. As one actress commented, Sara’s voice was “impossible to describe. It was gold and silver, and if so she wished, iron”.

Mikhail, I. (1988) The Abbey Theatre: Interviews and Recollections, Macmillan Publishers

Nissen, A. (2007) Actresses of a Certain Character: 40 Familiar Faces from the 30s to the 50s, McFarland Publishers