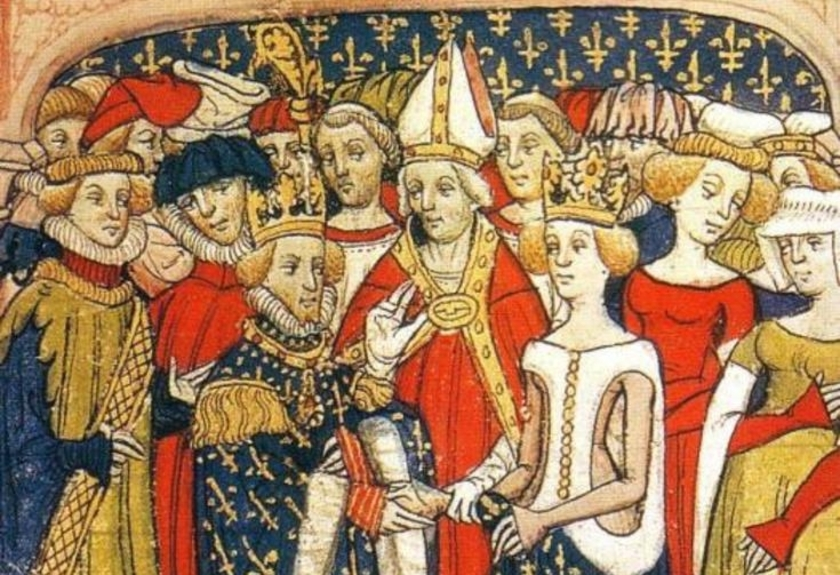 The custom of divorce among the Irish prior to the the Norman Invasion did not conform with church orthodoxy. Either spouse could divorce the other and both parties were free to remarry if they chose. Not only was a woman free to divorce her husband following the old Irish customary laws, but she was entitled to take her property and wealth with her. The church did not openly support divorce but it was occasionally sued for on the grounds of consanguinity, affinity or impotence.

While Gaelic-Irish women did enjoy the freedoms of control over their ‘bridewealths’ (the payment made by the groom or his family to the bride’s family), and the ability to divorce a husband and then remarry, they were not allowed to control their own fate entirely. A woman’s family had a great deal of influence over who she would or would not marry, and even after marriage continued to exert a certain amount of power over the married woman. Women also lacked power in the marital sphere insofar as “…marriage was all about property and power and played the most vital role in twelfth century Irish politics. In the sphere of lordship, remarriage was invariably occasioned with political realignments”. As a result of marriage being so closely identified with politics, it is understandable that women were not able to exert a strong influence concerning marriage since they were excluded from the political realm.

While Gaelic-Irish marital customs typically defied church doctrine, there is some evidence that the aristocratic Gaelic-Irish desired to conform to church law and to use it when allying with the church could serve their purposes. As noted above, the church saw itself as the only body able to ascertain whether a marriage was valid or not and, therefore, the ecclesiastical court was the only venue open to those seeking to have their marriages either legitimised or annulled. In the Calendar of Papal Registers there are over 900 cases involving marital litigation from Ireland, Scotland, Wales and England – approximately 200 of which are Irish. The majority of the Irish cases in these registers deal with dispensations granted to a couple who either desire to marry or to have their previously-contracted marriage validated by the church, since the couple is within the prohibited degrees of consanguinity or affinity. There are also cases concerning quasi-affinity, or affinity achieved through contracting marriage with a person who had previously contracted marriage with a relation of the first party. One of the cases which clearly illustrates the impediment of quasi-affinity took place in 1465, and resulted from a petition on the part of James Cursy and Joan Rorche, of Cork and Cloyne, who applied for a dispensation despite James having previously contracted espousals with a kinswoman of Joan’s, related in the second and third degrees of kindred, although, “…not followed by carnal copulation…”

The majority of Irish papal dispensations handed out during this period are typically one of three types. The majority of dispensations went to couples who desired to be married although they were related within various degrees and had committed fornication, often having begotten children. Such a case reads as the one between Donatus Yheadgra and Una ingi Concobair in 1423 which states, “To the same [the bishop of Achonry]. Mandate to dispense Donatus Yheadgra and Una ingi Concobair, of his diocese, to marry, notwithstanding that they were related in the third and fourth degrees of affinity and the fourth degree of kindred, they have committed fornication with one another more than once, and had offspring, penance being imposed, and past and future offspring being decreed legitimate”.

There are more than 80 entries of this kind, and all are dispensed to marry, although there are typically other impediments to the marriage, such as kindred, affinity or both, as in the case above. While penance is often meted out for the crime of incest, it is impossible to know exactly what this entailed as the pope left it up to the bishop to whom he was writing to determine the penance. But fornication did not always merit penance being imposed, as is shown in the case of Terrdealbach Macdomnaill and Katherine Ynairt in 1400, Thady Yhagra and Fynngnoland ingein Mecdonnchad in 1423, and William Oeda and Gormella Mekameyl, also in 1423. While these three couples all committed fornication before applying for their marital dispensation, no mention of penance appears in their letters of dispensation from the apostolic see.