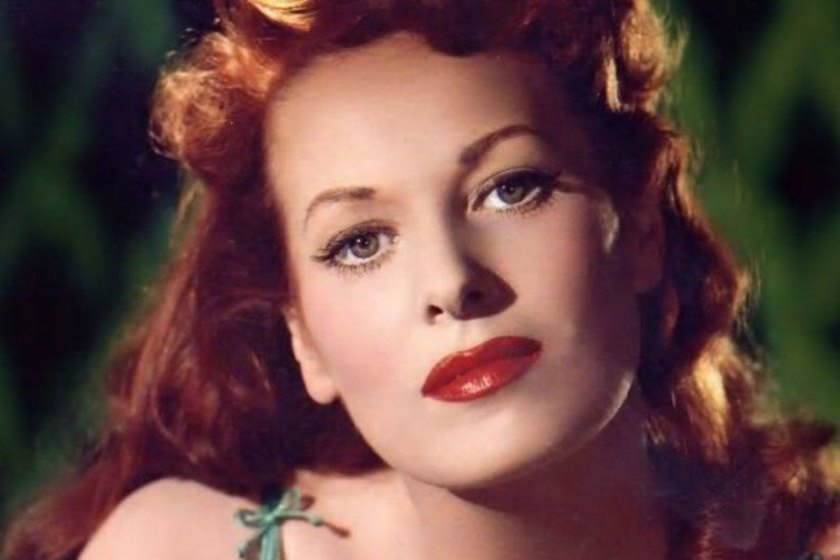 It was a very determined and indignant Irish woman who stood before a clerk at the Los Angeles immigration court in 1946. Maureen FitzSimons (aka Maureen O’Hara) had passed the required exam for US citizenship when she was instructed to swear allegiance to England. She replied, “I’m terribly sorry, but I can’t forswear an allegiance I don’t have. I have no allegiance to England at all – I’m Irish”.

Maureen had noted her nationality as Irish on every part of the document, and in each instance it had been crossed out and replaced with ‘English’. Maureen stated, in front of the immigration judge, that under these conditions she could not accept citizenship. Turning to walk out, she made a last appeal, “Your Honor, do you realise what you are trying to do my children and grandchildren? You’re trying to take away their right to boast about their wonderful Irish mother and grandmother”. With that, the judge threw his hands up and instructed the clerks to give Maureen what she wanted but remove her from court. This was the first time that an Irish person seeking US citizenship was officially pronounced to be Irish, and Maureen went on to be the ‘first’ in many other areas.

Maureen was born in Ranelagh, Dublin on August 17, 1920, the second of six children. Her parents, Marguerita (Lilburn) and Charles Stewart Parnell FitzSimons, each managed their own clothing businesses. Maureen was raised in a strict Catholic environment but recalls that, for the most part, her childhood was full of love and laughter.

Maureen and her siblings (Peggy, Charlie, Florrie, Margot and Jimmy), were gifted in music and the arts. All but the eldest, Peggy (who joined the Sisters of Charity), were trained at the famed Abbey Theatre early in their teens. As a student at the Abbey, Maureen’s dream was to be an opera singer – not a movie actress. Her father was a practical man, however, and insisted that she also go to business school. Her brother Charles became a solicitor (the youngest to graduate with this academic degree) while Florrie and Margot both started a career in British films, though later chose marriage over acting. Margot became an accomplished dressage equestrian.

Maureen’s discovery by famed English actor, Charles Laughton, when she was a17 year old student at the Abbey, is legendary, and led to her fairytale introduction to Hollywood: playing opposite one of the most renowned actors in the world in ‘The Hunchback of Notre Dame’. In 1957, when she was an established Hollywood star, Ralph Edwards honored Maureen on the TV programme, ‘This is Your Life’, for which Laughton recalled his first meeting with Maureen. When he asked her why she wanted to be an actress, she replied, “When I was a child I would go down to the garden and talk to the flowers and then I would pretend I was the flowers talking back to myself.”

Career-wise, Maureen did things backwards: she started at the top and was thrown into the Hollywood environment, still a teenager, thousands of miles away from her home and family. World War Two was breaking and it became impossible for Maureen to return to Europe, so RKO Studios picked up her contract and she had to start all over again. Maureen had to prove herself as an actress once again, and this was the beginning of a long, tough road.

Even at her young age, Maureen’s resume was already very impressive. Her classic training in the performing arts, and screen presence were unique and set her apart from her Hollywood contemporaries. There was an electricity about her – an energy that complimented those huge, expressive hazel eyes, high cheekbones and dazzling smile. She had a reputation for professionalism, and a strong soprano singing voice. To many fans, Maureen O’Hara represents a pride and elegance lacking in many of today’s heroines. She was, of course, strikingly beautiful, but she had to work extra hard to avoid being relegated to the more decorative roles.

It was thanks to director John Ford that she was able to demonstrate her true talents in films like ‘How Green Was My Valley’ and ‘The Quiet Man’, though Hollywood still seemed blind to anything but her beauty. It was through hard work, following the example her parents had set, that she eventually achieved stardom. In 1960, Maureen O’Hara was honored with a star on the Hollywood Walk of Fame.

As Maureen matured she remained in demand as a leading lady and continued to act after her marriage to the aviator, Charles Blair. She also kept up her singing skills – her first love – and made appearances on musical variety TV shows with Perry Como, Ed Sullivan, Ernie Ford, Andy Williams, etc. throughout the 1950s, 60s and 70s. In 1973 she decided to retire, after making TV film The Red Pony with Henry Fonda. She assisted Charlie in management of their commuter airline, Antilles Airboats, in St Croix in the American Virgin Islands, and also wrote a column for her local magazine, The Virgin Islander. Tragically, Charlie was killed in a plane crash in 1978 and, though totally devastated over her loss, she assumed ownership and management of the airline for several years.

Maureen returned to her summer home in the village of Glengarriff, County Cork in 2005, the get-away she had shared with her beloved Charlie and in 2004 published her autobiography ‘Tis Herself’. In 2005, she was honored as ‘Woman of the Year’ by the Irish America Magazine, was selected as Grand Marshal of the New York City St Patrick’s Day Parade in 1999 and inducted into the Irish America Hall of Fame in Wexford. She was also honored by the America Ireland Fund in 1991 and received a ‘Lifetime Achievement Award’ from the British Film Institute in 1993.

One of the most eloquent tributes paid to Maureen was that of Anthony JF O’Reilly, CEO of Heinz, in 1991, composed for the America Ireland Fund event:

“There is no doubt that Maureen O’Hara is a descendant of some great Celtic queen and, should Ireland have a queen today, surely it would be she. Time and again we have witnessed her standing majestically and resolutely for virtue and justice before the boldest of men, the likes of John Wayne and Errol Flynn. And we have seen them withered by her fiery indignation. And what queen could be more gracious or kind or more beautiful, or inspire us to greater acts of heroism?”

One could not ask for a better legacy. Maureen O'Hara is Hollywood and Irish royalty at its finest and her life away from films has been an adventure that rivals any make-believe story on the screen.