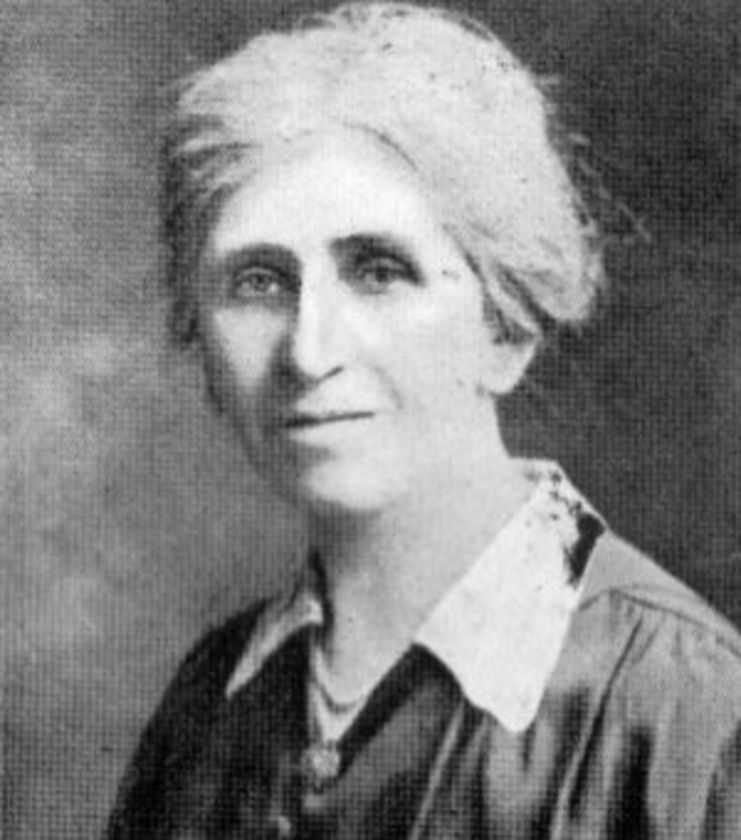 As a woman with a third level education, Matilda Knowles (1864-1933) was part of a generation that marked the beginning of a new era for women in the sciences. Matilda Knowles is considered the founder of modern studies of Irish lichens and contributed to the pioneering 1909-1911 Clare Island Survey. As a consequence of her experience and wide knowledge of Irish flora she became Acting Curator of the botanical section at the National Museum of Ireland in 1923.

Born in Ballymena, Co. Antrim, Knowles’ interest in botany was encouraged by her father William Knowles (1832–1927), an insurance agent, naturalist, and antiquarian. William brought Matilda and her sister Catherine to meetings of the Belfast Naturalists Field Club. It was here that Matilda met one of the most influential Irish naturalists, Robert Lloyd Praeger (1865-1953). Praeger became a life-long friend and correspondent of Matilda. Having developed her interest in the natural world with the Belfast Field Club, she and her sister went on to attend natural science classes at the Royal College of Science in Dublin.

From 1909-1911 Knowles worked with Praeger and over one hundred other scientists on the groundbreaking and multi-disciplinary Clare Island Survey. This survey was zoological, botanical, archaeological and geological. Knowles focused on lichen distribution, which became her particular area of expertise. She was invited to participate in the survey by British botanist Annie Lorrain Smith (1854-1937), a lichen expert and one of the first female fellows of the Linnean Society. Smith was paid out a separate fund in the British Museum as women could not be employed there officially. She referred to Knowles' “exceptional ability as observer and collector” and remained in close correspondence with Knowles. After the Survey, Knowles continued to study Irish lichens, culminating in her key work The Lichens of Ireland (1929), which added over one hundred lichens to the Irish list and recorded the distribution of 800 species found in Ireland. This was an immense undertaking that involved the rearrangement of thousands of disparate existing records, as well as the collection of new samples through her own field work and through correspondence with naturalists all over Ireland. There was no other lichenologist resident in Ireland at this time. Praeger praised Knowles' pivotal study as representing “one of the finest pieces of work ever carried out in any section of the Irish flora.”

In 1907 Knowles was made “Temporary” Assistant to Thomas Johnson (1863–1954), the Head of Botany at the National Museum of Science and Art (The National Museum of Ireland after 1921). She worked closely with Johnson in the production of A Handlist of Flowering Plants and Ferns (1910). On his retirement in 1923, Knowles took over as Acting Curator of the herbarium, working with Margaret Buchanan. Knowles had far-reaching influence in the field of Irish botany as she had a “wide knowledge of all matters relating to Systematic Botany.” Under Knowles’ curatorship, botanists from all over the world consulted the herbarium, corresponded with her and sent specimens. Knowles cared for and added to the collection from 1923 to her death from a short illness in 1933. The herbarium collection of dried and pressed plants is a major repository of Irish and international flora with over 750,000 samples and increasing every year. Today the collection is housed at the National Botanic Gardens where samples are used in naming and identification, conservation projects, and even for tracking climate change.

Charlotte Salter-Townshend completed the M.Phil in Public History & Cultural Heritage at Trinity College Dublin and is currently a Tour Guide & Information Officer at the National Botanic Gardens of Ireland.