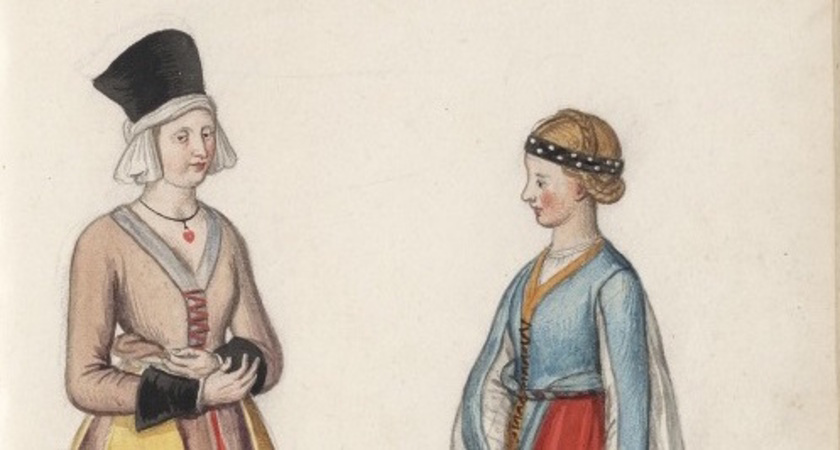 Margaret O’Carroll of Eile, County Offaly was born in the early fifteenth century, a medieval queen in a time of war and conquest. Her deeds are recorded in both the Annals of Connacht and the Annals of the Four Masters, and Margaret’s lengthy obituary by the chronicler Dubhaltach MacFhirbhisigh is evidence of the high status she held. She came to be known as ‘Margaret-an-Einigh’ (Margaret the Hospitable) as a result of her patronage of the arts, manifested in her organisation of great festivals of literature in the 1440s.

Patron of the Arts

In an entry for the year 1433, Annála Connachta refers to an important invitation issued by Margaret:

A general invitation was issued by Mairgreg daughter of O Cerbaill about the feast of Dasinchell this year at Killeigh, and [another] about the first festival of Mary in the autumn at Rathangan for the people who were not with her at Killeigh, so that she satisfied fully all the suppliants of Ireland.

The Annals of the Four Masters has this:

Two general invitations of hospitality were given to the colleges and professional men by Margaret, the daughter of O'Carroll, and wife of O'Conor Faly (Calvagh).

The invitations relate to two great festivals of literature and music convened by Margaret in her territory of Eile. A contemporary description by the poet Gofraidh Fionn O’Dálaigh of a similar festival held 80 years earlier details how “wide avenues were laid out with lines of conical roofed houses of timber and wickerwork: a street for the poets, one for the musicians, one for the chroniclers and genealogists”. The chronicler MacFhirbhisigh describes how the names of 2,700 attendees at the festivities were recorded: “The chieftain of each family of the learned Irish was, by Giolla na Naemh MacEgan’s hand, the chief judge [brehon] to O’Connor, written in that Roll”. He goes on to describe “Margaret, on the garrots of the great church at Dasinchell, clad in cloth of gold, her dearest friends about her, her clergy and her judges too”.

During a revival of interest in Margaret in the nineteenth and twentieth centuries, the poet Thomas D’Arcy McGee wrote two praise poems in her honour. In language perhaps too flowery for modern taste, he yet leaves a wonderful image of this medieval queen presiding over the festival like some ancient Celtic queen:

In cloth of gold like a queen new-come out of the royal wood, On the round-proud-white-walled rath Margaret O Carroll stood. That day came guests to Rath Imayn from afar, from beyond the sea, daring extended daring extended Bards and Brehons of Albyn and Erin to feast in Offally.

Such events were very important in preserving Gaelic culture during a time of conquest. They took place at a time when the Irish had begun to rally against the onslaught of the Norman English, and were doubtless of great importance in reinforcing the sense of national awareness that had been a vital factor in the Gaelic rally. The scholar Eoin McNeill describes the festivals held by Margaret as “national events of high and singular importance”.

Margaret makes another appearance in the annals for the year 1445, this time in the guise of negotiator with the English. “Greate warr” was made, the annals state, by O-Connor ffaly (Margaret’s husband) and the English Berminghams, during which both sides took hostages. Margaret, without the knowledge of Calvagh, went to Baleathatruim – the stronghold of Trim Castle – “and gave all the English prisoners for Mageochagan’s son, and for the son’s son of Art… and shee brought them home”.

Margaret’s daring extended to her making the dangerous pilgrimage to Santiago de Compostello in Spain, which she made in the year 1445 in the company of other chiefs and noblewomen. The dangers of such a journey at the time were many, including illness, shipwreck and attacks by pirates. Some of those accompanying her did not return, but the redoubtable Margaret reached home safely.

She was industrious in other ways, building roads and bridges, and, as befitted a noblewoman of her time, as a servant of her church. To quote MacFhirbhisigh again:

She was the only woman that has made most of preparing highways, and erecting bridges, churches, and mass-books, and of all manner of things profitable to serve God and her soul.

In these activities, Margaret was perhaps pushing the boundaries of what was expected of her as a medieval queen. Of course, as a queen she had a liberty of action that women of lower classes did not possess, but that she made use of her opportunity is beyond doubt.

John O'Donovan (ed.), The Annals of Ireland, from the Year 1443 to 1468, 1846, (translated from the Irish by Duald Mac Firbis, the Irish Archaeological Society, Dublin)