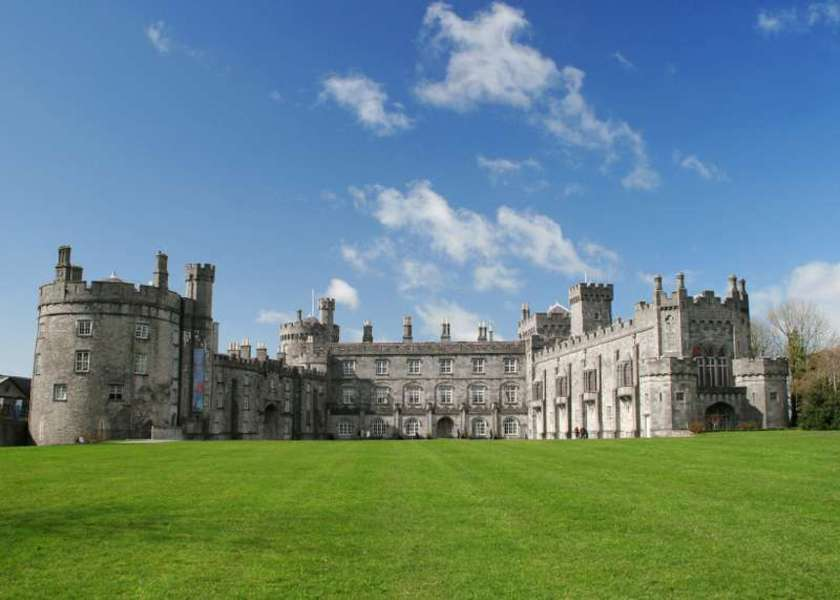 Margaret was the daughter of Gerald Mor, the great Earl of Kildare and was married (aged 12) to Piers Butler, the heir to the earldom of Ormond in 1485 “for policy” (The Book of Howth). She is described by the chronicler Richard Stanihurst as “a rare woman and able for wisdom to rule a realm had not her stomach over-ruled her knowledge”.

Margaret played an active role in the politics of her husband’s lordship. She also inspired fear as a ruthless enemy and contemporary descriptions reflect her power and authority. She was described as physically “man-like, tall of stature, very rich and bountiful, a bitter enemye”.

However, Margaret was active in – as Stanihurst points out – planting “much civility in the counties of Tipperary and Kilkenny”. Together with her husband she established a Flemish cloth factory in Kilkenny in c. 1525. They also founded a grammar school there in 1539. Furthermore, Margaret is said to have rebuilt Gowran Castle and is also credited with much building work at Kilkenny Castle. Though her involvement is difficult to quantify or assess, Margaret gained a reputation as a great castle builder and is credited with building the castles of Ballyragget and Balleen. Both castles have stone benches in their watchtowers called ‘Mairéad’s Chairs’, where Margaret is supposed to have hung her prisoners from.

There are echoes in the stories about Margaret to claims made about Roesia de Verdun, such as the defenestration of workmen in Louth. However, Margaret’s legend gets steadily worse. She was said to have hung people on a tree known as Sceach na Cuntaoise, the Countess’ s Bush. She was also held responsible for robbing and murdering seven bishops who, it is claimed, were all brothers and born in one birth. Indeed, the stories surrounding her gradually become more fantastical and supernatural in tone.

Daithi O Hogain notes that, “Her portrayal in folklore is that of a powerful but greedy and vindictive woman”. She was known in Kilkenny as the Great Countess but also known as Chuntaois mhalaithe, the Cursed Countess. Another popular tale recounts that, when she lived in Granagh Castle in the south of Kilkenny, she often visited the head of the Mandeville family at Ballydien near Carrrick-on-Suir. Margaret wanted the manor for herself and, when the Mandevilles refused, she cursed the family’s 16 sons so that they all died.

The tales about Margaret led to accusations that she used magic. She became an ogre in the popular imagination, made extra dangerous because of her intimacy with the black arts. This supernatural element to Margaret’s behaviour, if attributed to a less powerful woman, could have caused problems for her. One has only to think of a previous Kilkenny woman, Alice Kyteler, to realise the dangers that accusations of witchcraft could cause. However, it would have been a very brave accuser indeed to voice such fears about Margaret Butler in public. It is worth remembering also that the addition of an ability to manipulate the supernatural and bend it to her will would have made Margaret an even more feared adversary. This is perhaps something she was aware of and, like Rose, her legend continued after her death. As late as the nineteenth century it was recorded that “Her name was used to frighten little children of the peasantry” (W. M. Healy, ‘History and Antiquities of Kilkenny’, Vol I 1893, 108).