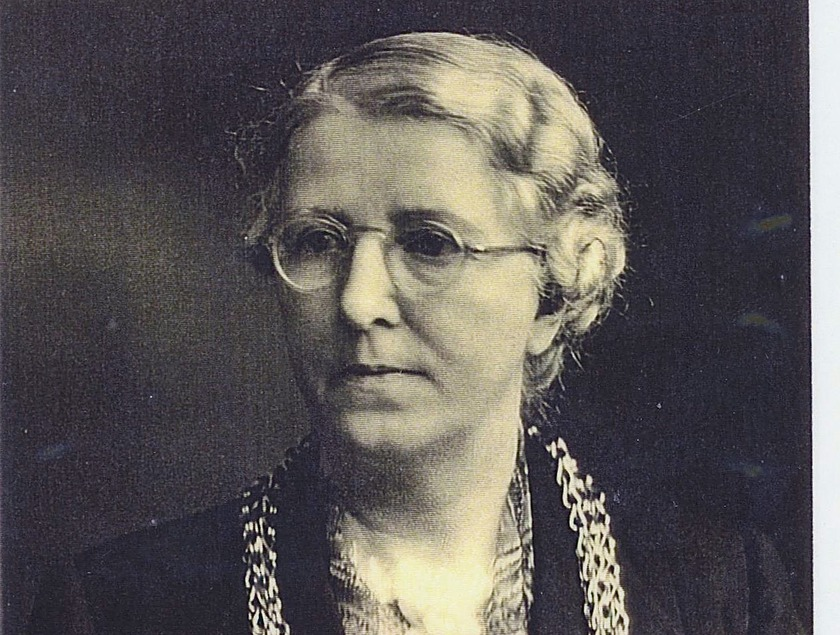 Kathleen Clarke was born in Limerick to Edward and Catharine Daly on 11 April 1878. She was the third daughter in a family of nine girls and one boy, Edward junior (Ned), born in 1890, five months after the death of his father. Edward senior, along with his brother John, had been involved with the Fenian uprising of 1867, and had spent some time in prison.

The family was left in poor circumstances following Edward’s death, but was rescued by another Daly brother, James, who had emigrated in the 1850s and become very wealthy. He helped the family until John Daly returned in 1896. John had spent 12 years in prison in England for involvement in a Fenian dynamite campaign, and came back to Limerick a hero. He established a bakery in William Street, where several of his nieces worked. Kathleen refused to join them, as she had established a very successful dressmaking business. In prison, John had become close friends with Tom Clarke, who was serving 15 years for dynamite activities. When Tom was released in 1898, he visited his old friend in Limerick, and he and Kathleen Daly fell in love. At the time she was 20 and he was 40. They were married in New York in 1901 and their first child, John Daly Clarke, was born on 13 June 1902. Tom worked for John Devoy and the American Fenian group, Clan na Gael.

By 1907, Tom was aware of the possibility of a European war, along with a rising mood of nationalism in Ireland. He sensed an opportunity to strike a blow against England, so he and Kathleen returned to Ireland that year. Tom became a tobacconist and newsagent in Amiens Street, Dublin, later opening a second shop in Parnell Street. Supported by Clan na Gael, he established a circle of the Irish Republican Brotherhood (IRB), and his little shop became a centre of republican activity and plotting, watched all the time by police detectives. He and Kathleen had two more sons, Tom, born in 1908, and Emmet, born in 1909. Tom was also involved in the establishment of the Irish Volunteers in late 1913 and Kathleen’s brother Ned was one of the first to join, ultimately becoming Commandant of the First Battalion at the age of 23. Kathleen was active as a founder member of Cumann na mBan, and worked hard at fundraising as well as in her domestic and shopkeeping responsibilities. The First World War began in 1914, and the IRB knew their opportunity was coming, but it was Easter 1916 before their plans came to fruition. Kathleen was apparently sworn into the IRB beforehand, so that she would have enough information to carry on the struggle for independence if the Rising was a failure.

After the week-long fighting and the surrender, Kathleen was taken to visit her husband in Kilmainham Jail the night before his execution. The interview lasted almost two hours, then Kathleen had to leave; Tom was shot in the early morning on 3 May. The following night she was back in the jail, with two of her sisters, to say goodbye to their brother Ned; he was executed on 4 May. Kathleen was expecting another child, but did not tell her husband in their last interview. She fell seriously ill shortly afterwards, exhausted by her work establishing a fund for Volunteer dependants, and lost the baby.

Kathleen remained active in Cumann na mBan, and with the dependants’ fund, for several years; her sons went to school in Limerick, and were cared for by their aunts. In May 1918 she was arrested because of an alleged ‘German plot’, and spent nine months in Holloway Jail in London along with Constance Markievicz and Maud Gonne. She was finally released after a heart attack. Kathleen was elected to Dublin Corporation for Sinn Féin, and when the first, illegal, Dáil Eireann was established, she acted as a judge in the Republican Courts. During the War of Independence, she was active as a courier, smuggling money and weapons to the IRA. By the time the Anglo-Irish Treaty was signed in 1921, Kathleen was a TD, and was among those who vehemently opposed the Treaty. She took the anti-Treaty side during the subsequent Civil War, but eventually accepted the Free State. In 1924 she made a lecture tour of the USA, fundraising for the dependants’ fund. In 1926 Kathleen became a founder member of Eamon de Valera’s new political party, Fianna Fáil; she was a member of the Senate between 1926 and 1928, and later a TD again. Kathleen Clarke was always a somewhat detached member of Fianna Fail, and did not hesitate to speak her mind if she disagreed with party policy. In 1937, she was one of several women TDs who took issue with de Valera’s new Constitution because of its anti-woman attitudes. She remained a member of Dublin Corporation until 1945 and had the distinction of becoming Dublin’s first woman Lord Mayor in 1939, serving two terms before retiring in 1941 on the grounds of ill-health. She resigned from Fianna Fáil in 1943, no longer in sympathy with the party, and stood unsuccessfully for Sean MacBride’s Clann na Poblachta party in 1948. Thereafter she retired from politics. Active on numerous boards and committees, including the National Graves Association, Kathleen lived for some time in Sandymount with her son John Daly, but in 1965 moved to Liverpool to live with her son Emmet, who had two sons, her only grandchildren. Here she died on 29 September 1972, aged 94. She was given a State funeral in Dublin and is buried in Dean’s Grange Cemetery.