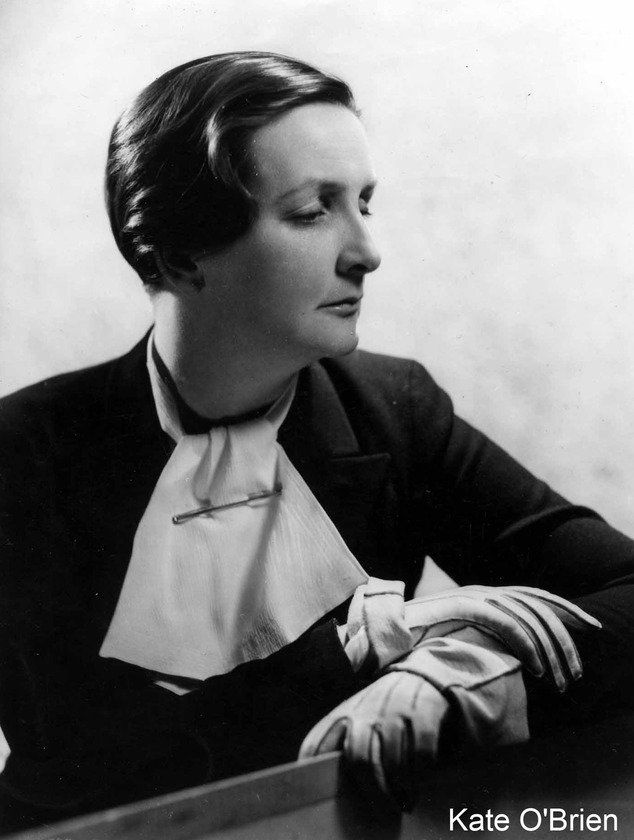 In My Ireland (1962), reflecting upon her experiences of Ireland, Kate O’Brien observes:

[the] freest spirit must have some birthplace, some locus standi from which to view the world and some innate passion by which to judge it. Modestly I say the same for my relationship with Limerick. It was there that I began to view the world and to develop the same passion by which to judge it. It is there indeed that I learnt the world, and I know that wherever I am, it is still from Limerick that I make my surmises. (148)

In this passage, O’Brien understands her perspective on the world as a product of a pocket of history which allows her, from within the expanse of her family life, education, and geographical location, to transport her exploratory spirit into previously uncharted areas. The idea of home as a depository of experiences from which to take and give back allowed O’Brien to move forward in her wider analysis of the core themes she explored in her novels, namely, the expression of personal desire and sexuality from within patriarchal social and cultural traditions.

Kate O’Brien was born in 1897 in Limerick, Ireland, into a Catholic bourgeois family. Her distinguished writing career spans a number of genres including plays, novels, short fiction, travel writing and journalism. Her novels in particular were hugely popular in her time, both in Ireland and abroad. Her first novel, Without My Cloak (1931), which charted the lives and loves of a middle class family from Mellick, O’Brien’s fictional version of Limerick, won both the Hawthornden and James Tait Black Memorial prizes. In later works, O’Brien would refine the scope of her narratives to consider more in greater depth the topics of personal desire and sexualities in the context of family, religion and society. For example, in The Ante-Room (1934), O’Brien situates her protagonist, Agnes, at a point in Irish history, 1880, when women’s social autonomy was in the earliest stages of emergence. In the gap between her desires and the actions that are available to her, Agnes brings the social structures of her time into question. By implication, The Ante-Room challenges the position of women in Irish society of 1934, by showing how their opportunities had in fact declined since the establishment of the Irish Free State in 1922.

O’Brien travelled widely, living in Limerick, London, and other European cities as well as in the USA. These experiences – in particular, her time in Spain and her response to the Spanish Civil War – influenced O’Brien’s work in important ways. They are reflected in her novel That Lady (1946), set in sixteenth-century Spain and which, as O’Brien notes in an article “The Art of Writing” (1964), was conceived in London against the backdrop of the Second World War. Commenting on the struggle of the individual against fascism, O’Brien tells the story of Ana de Mendoza, Princess of Eboli, a suffocating love triangle involving Ana, King Philip II of Spain and a courtier Antonio Perez, and Ana’s battle to direct her own life.

By this time, the 1929 Censorship of Publications Board in Ireland had censored O’Brien’s novels Mary Lavelle (1936) and The Land of Spices (1941) for scenes of homosexual encounters and adultery. In this context, a strained relationship with a religiously-informed, patriarchal Irish Free State under Éamon De Valera may also be read in That Lady, in which O’Brien challenges configurations of both gendered and national identities. As Aintzane Legaretta Mentxaka demonstrates in a recent study Kate O’Brien and the Fiction of Identity: Sex, Art and Politics in Mary Lavelle and Other Writings (2011), as well as being an important contributor to modernism and the Bildungsroman, O’Brien’s work is also a form of activist fiction in that it promotes progressive politics and sexual liberation.

O’Brien continued to press against social and cultural conservatism, positioning a lesbian romance as central to her last finished novel, As Music and Splendour (1958). Set in the 1880s and 90s, it tells the stories of two girls, Clare and Rose, who are sent from Ireland to Paris and Rome for training as opera singers. As they travel further from home, both pursue romances that conflict with the values they have learned. In particular, Clare’s lesbian relationship is an affirmative experience through which she grows and learns to understand herself. At the same time, Clare’s sense of history and place provides her with a particular perspective or locus standi from which to evaluate the world:

[the] child heard the long-ago words. Out of the wind, my love. She was on her way, involuntarily, into horrid winds, whence no-one would call her back, come in, my love. But she knew none of that. She was on a trackless road. And she did not know that she carried armour. (8)

Clare’s ability to refer to her origins provides her with valuable reference points or ‘armour’ with which to help negotiate her transition between the values of rural Ireland and the life of the operatic world. Even while she analyses her emotional self in association to the landscape and social and cultural background that shaped her formative years, she welcomes these fresh experiences.

O’Brien died in Canterbury, England, on 13 August 1974. In the years since, recognition of O’Brien’s importance to Irish and European writing continues to grow in the context of important works of feminist and queer scholarship, including a recent biography by Eibhear Walsh. In September 2011, O’Brien had a street named after her in the city of Avila, Spain, and the annual Kate O’Brien weekend in Limerick celebrated 30 years of commemoration. With such visibility in the wider cultural arena, the possibilities opened up by O’Brien’s visions of sexual and political freedom continue to hold the potential to enact more inclusive concepts of gender and national identity in Irish society.