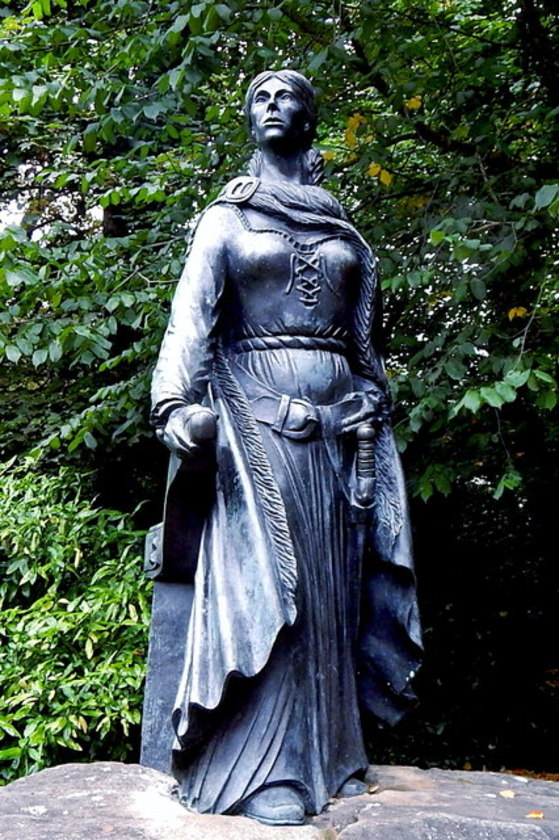 Grace O’Malley was born around 1530, most likely off the West coast of Ireland, possibly near Clew Bay. Her father was the leader of a great seafaring clan which ruled the waves near Achill Island for over 300 years, collecting taxes from all who passed through.

Grace was known to be ruthless and quickly proved herself to be a natural leader, so much so that she inherited her father’s position upon his death – even though she had an older brother. As the leader of her clan, she expanded her power through marriage and came to rule large swathes of land across Connacht.

Although the English were expanding into Ireland at this time, she had mainly been left to her own devices. But as she began to undertake more of what the English called “pirate activities,” this all changed.

In response to the added attention that she was now receiving, she aligned more closely with other Irish Lords who were in open rebellion against English conquest. She soon became known as a fearless leader over both land and sea, commanding 3 galleys, 20 ships, and over 200 men.

She remained resilient and popular across the region and became a legend within her own lifetime. An English Lord once referred to her as a “nurse of all rebellions in this province for 40 years.”

Over time, English influence grew in Ireland and Grace found herself at a disadvantage which culminated in the kidnapping of two of her sons and her half-brother. This caused Grace to set sail for London where she was to have an audience with Queen Elizabeth I.

Stubborn as ever, Grace refused to bow before Elizabeth nor recognise her as a true Queen of Ireland. The meeting had already been off to a bad start after guards had allegedly found a knife hidden in Grace’s dress, but she turned things around and negotiated with the Queen in Latin, the only language they shared.

She managed to secure the release of her family members and even a promise from the Queen to have a controversial English Lord step down from his position, in return for her no longer supporting the Irish rebellion.

Elizabeth eventually reneged on the deal and before long, the Pirate Queen Grace O’Malley was fighting again.

She most likely died of natural causes at Rockfleet Castle around 1603 leaving behind a legacy that continued to inspire her compatriots for generations.