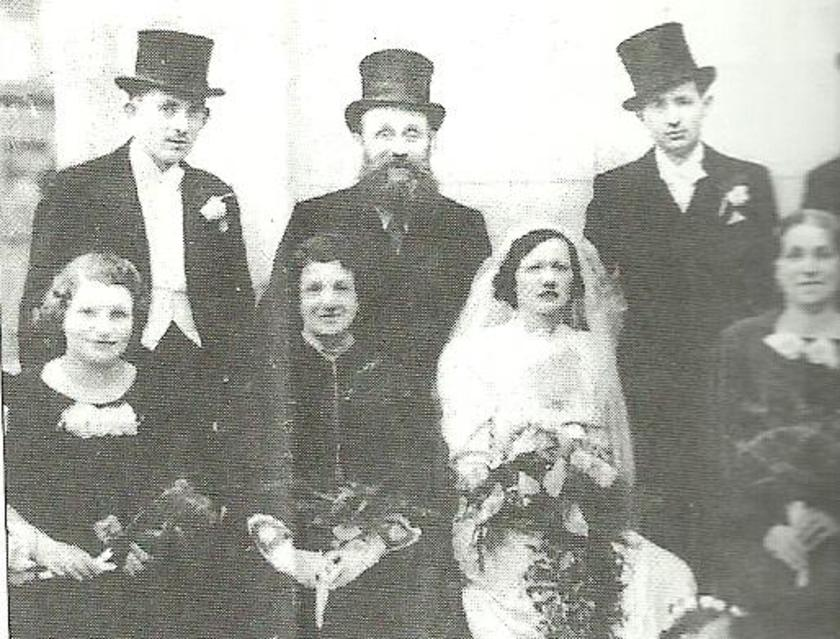 Ettie Steinberg, a young Jewish woman who grew up in Dublin, is the only known Irish citizen (along with her infant son Leon) to have died during the Holocaust. Her legacy is a tragic one, a microcosm of the suffering of Jewish people throughout this turbulent period in history.

She was born Esther Steinberg to Czechoslovakian parents, Aaron Hirsch Steinberg and Bertha Roth, on 11 January 1914. She was certainly an Irish citizen, but whether she was born in Ireland or not is unclear. Some texts (for example Rivlin) indicate that she was born here, while others suggest that she originated from the town of Veretsky in Czechoslovakia and moved to Ireland from London in 1926. Her family lived in 28 Raymond Terrace, off the South Circular Road, with the children attending St. Catherine’s School in Donore. Although little is known about her life before marriage, it is believed that she worked as a seamstress. On a July day in 1937, Ettie married a Belgian man named Vogtjeck Gluck in Greenville Hall Synagogue off the South Circular Road. He came from a Belgian family of goldsmiths and the couple moved to Antwerp shortly after the wedding. Within a few years, the Low Countries were under threat from the Nazi advance and the couple fled to France, believing they would find safety and security. They travelled around but settled in Paris, where their son Leon was born on the 28 March 1939. Unfortunately, the threat of violence spread throughout France in 1940 and this put them in danger. From 1940 to 1942 the small family was in hiding, moving from place to place, rarely staying still for more than two nights at a time.

Back in Dublin, the Steinbergs worked desperately to save their daughter Ettie by getting her and her family back to Ireland. Pleas were sent to the Vatican and the Red Cross for information, but to no avail. They eventually managed to secure three visas from the British Home Office in Belfast and sent them to Toulouse, where the family was in hiding. However, they arrived one day too late for Ettie, Vogtjeck and little Leon. The Glucks had been caught in a round-up of Jews on the 2 September 1942 and were put on a train to Auschwitz. On this last journey Ettie through a postcard from the moving train, which was picked up by chance and posted to Ireland, cleverly coded by her to avoid destruction. It is a poignant piece of evidence that reads: “Uncle Lechem, we did not find, but we found Uncle Tisha B’av”. This means: we did not find plenty, but we found destruction, and demonstrates Ettie’s understanding of what awaited her at Auschwitz. Ettie, her husband and her young son arrived by train on 4 September and were exterminated immediately alongside a thousand other Jews. Ettie tried bravely to protect her family and the story is a testament to the human instinct for survival. Her story is one of the 1.6 million tales of death and destruction from Auschwitz alone, a single tear in a veritable ocean of pain and suffering. It highlights the plight of the individual and demonstrates how widely the horrors of the holocaust were felt across Europe. A memorial to Ettie and Leon has been erected at the Irish Jewish Museum in Portobello and a section of the museum is dedicated to telling her story through text and artefact.