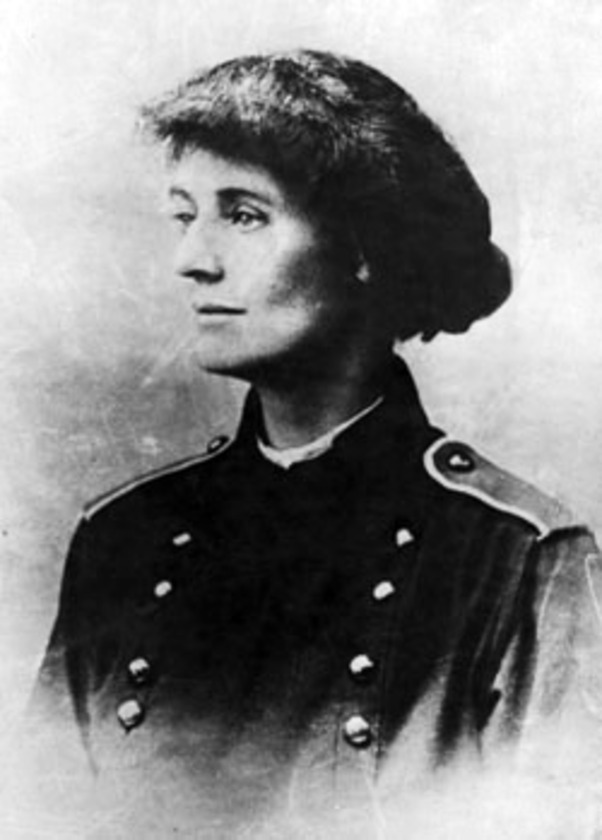 Her Father, Sir Henry Gore-Booth was a famed adventurer and explorer who owned a lot of land in North Sligo. As a wealthy landlord, he divided his family’s time between London, Dublin and their Sligo estate.

Never truly comfortable with polite society, Constance set out to become an Artist – first in London and then in Paris.

It was here, in Paris, that she met her husband, the Polish Count, Casimir Markievicz. They spent their first few years together living between Paris, Sligo and the Count’s family estates in Poland – before settling in Dublin in 1903.

In Dublin, Constance discovered a budding cultural revolution and helped to found the United Arts Club with future Irish President Douglas Hyde. This club brought together writers and artists from all over with the aim of preserving Irish culture and language, and introduced Constance to many future political leaders.

By 1908, she was actively fighting for the rights of women and workers across the country, and during the great lockout of 1913, took out loans and sold her jewellery so that she could provide food for starving protesters.

Constance also took part in the 1916 Rising. Her advice for other women who wanted to get involved was to “dress suitably in short skirts and strong boots. Leave your jewels in the bank and buy a revolver.”

Upon surrender, she was arrested and sentenced to death, but the courts granted her mercy due to her gender. This didn’t go down well with her, however, saying to guards at the time, “I do wish your lot had the decency to shoot me.”

Upon her release, Constance got more involved in politics and stood for the first Dáil Éireann. During her time in government, she would serve as Minister for Labour – making her one of the first women in the world to hold a government cabinet position. A feat not repeated in Ireland until 1979.

Constance passed away at the age of 59, just 5 weeks after winning re-election. By this time, she had given away most of her wealth and died among the poor where she wanted to be.

She was buried in Glasnevin Cemetery in Dublin, where future Taoiseach and President Éamon de Valera gave a speech in her honour.

To this day, she remains one of Ireland’s most influential women and has inspired countless others to accept no compromise in the pursuit of that which means most to them.