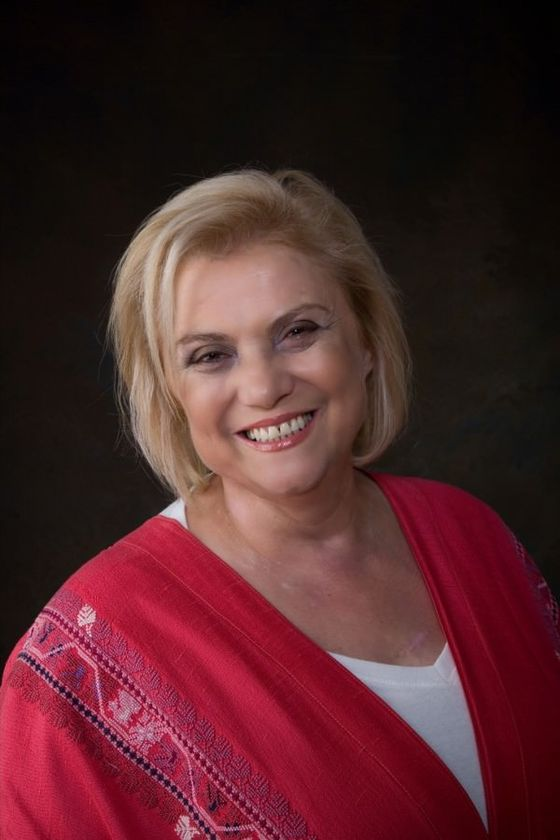 Christina Noble is the founder and driving force behind the Christina Noble Foundation. Affectionately known as ‘Mama Tina’, Christina has become one of the most inspirational Irish female crusaders of our time. Her passion for children’s rights was catalyzed by her tumultuous upbringing and she overcame adversity to care and advocate for disadvantaged children in the slums of Ho Chi Minh City, Vietnam.

Born in Ireland into the slums of Dublin on 23 December 1944, Christina experienced a childhood of pain and betrayal. Her mother raised Christina and her three siblings. Their father who was an alcoholic spent the little money the family had in the pub. Her mother died when Christina was 10, and the children were separated by the state and sent to different orphanages; each child was told that their siblings were dead. After numerous attempts to escape, Christina finally made her way back to Dublin. She ended up homeless sleeping in a hole she had dug herself in the Phoenix Park. During this time, Christina was gang raped, became pregnant and had a baby boy who was taken away for adoption against her will. After discovering the state had lied about the death of her siblings, Christina located her brother in England moved there to live with him after she turned 18. This is where she met and married her husband and had three children, Helenita, Nicolas and Androula. Over the next decade she endured domestic abuse, which led to bouts of depression and a nervous breakdown. During this period in her life, the war in Vietnam was raging, Christina began to have dreams about the war and the children affected. In one particular recurring dream, naked Vietnamese children were running down a dirt road fleeing from a napalm bombing. Christina felt like the children were reaching out to her, calling her to help them. This dream changed Christina’s life forever, inspiring her to help other children who were suffering as much as she did as a child.

Over 20 years later, in 1989, Christina embarked on a journey with the goal to assist children in need in Vietnam’s capital city Ho Chi Minh. Christina risked her life every day and night walking the city streets searching for isolated children in need of medical care and protection from economic and sexual exploitation. Over the next eight years, she built the Christina Noble Children’s Foundation. The CNCF aims to set the children up for life, as Christina believes that childhood is the pathway to your future, the foundation of life, and that’s why she calls her organisation a foundation and not a charity. So far, the Christina Noble Foundation has set up emergency health clinics, schools, shelters for homeless boys, childcare centres, soccer teams and a vocational hairdressing school and salon. Music and swimming lessons are currently being added to this long list.

Christina still ventures out onto the streets of Vietnam searching for those at the very bottom of the needy-pile, but she would never drag a child away from their home or family. She goes to poor communities, promotes the actions of the Foundation and informs people of what she can do for them. Visiting the clinics is a choice. Christina herself works to fundraise $500,000 a year just to keep the foundation afloat. There are fundraising offices in over 14 countries around the world, most of which Christina visits every year. The group is still seeking support form the UN and governments around the world. In 1997, Christina expanded CNCF’s operations into Mongolia, where it put in place prison education programmes, healthcare projects, sponsorship schemes for children and revolving loan systems. To date, the Christina Noble Children’s Foundation has helped an estimated 140,000 children. On February 25, she received an OBE from Prince Charles in Buckingham Palace, an honour she hopes will gain further credibility for her foundation.

‘Christina what keeps you from shutting off?’

‘I think about a little baby abandoned in jungle territory and the red ants all laying eggs inside of her head, and they ate it out and made it their house, and she was there and her little big belly from all the worms and hepatitis, yellow from top to bottom, just sitting there, a little small baby, and the doctors said, ‘She’s dead, there’s nothing we can do’. And I said, ‘Is she dead? She’s not fuckin’ dead.’ And I blew up her nose. And I think about her being a seven-year-old kid today with a great mother and father and her pinching everyone’s high heels, crafty, with her big red ribbon on her head and her frock down to her ankles with little frills. And I think about the people who helped us… I think that another 50 kids made it. Another 100 kids. Another 1,000. Two thousand. Two hundred thousand.’ [source]