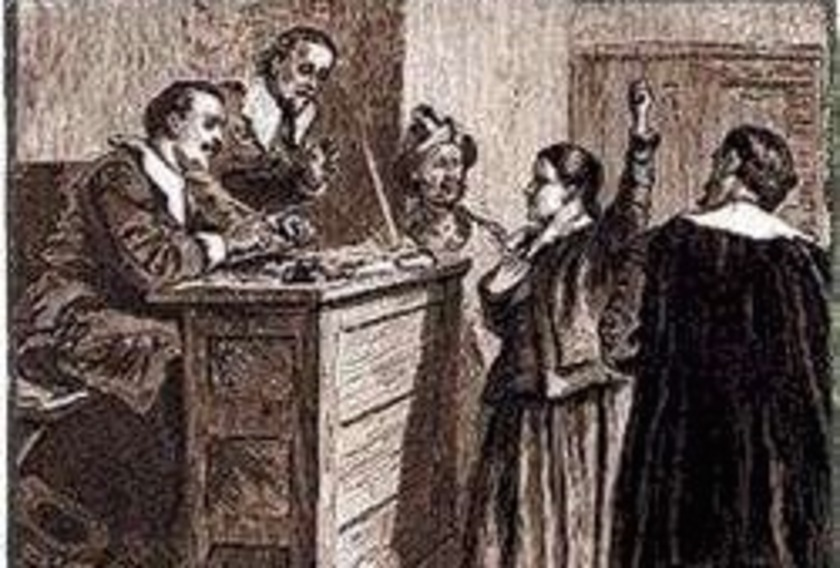 Biddy Early was born in lower Faha, Co. Clare during the rebellion of 1798. She was the only child of John Thomas Connors and Ellen Early. The family lived on the cusp of poverty with eviction being a constant threat. When she was sixteen both her parents passed away and Early entered a workhouse. Before her mother died however, she had passed on her knowledge of herbal medicine to Biddy. This knowledge would prove to be the basis for Biddy Early’s fame.

Early held a respected place in her community for the most part. Feakle was a superstitious place, where pishogues were employed to bring bad luck onto neighbours. Wise women such as Early were brought to lift these curses from the poor. She would also use herbs and local plants to cure diseases and other afflictions for locals and their animals. As G.H. Kinan put it: “She relied on herbs not just charms.” She had a practical-based knowledge of healing. Generally no payment would be given, except occasionally some food. Her home was a social place where local people would feel welcome. However it was widely known that Early had a distrust of most figures of authority, some of which manifested from her experiences of evictions. One famous myth surrounding Early and her eviction experiences is about the house she rented from Dr. Murphy in Limerick. Supposedly Biddy warned that “Whoever will be the first to put a bar to that house, he’ll remember it.” The man is said to have fallen on his crowbar and broken his thigh. As the story goes she was eventually evicted, but soon after, Dr. Murphy died in his own house in a fire. Landlords were not the only ruling body Biddy butted heads with. Unsurprisingly the Catholic Church did not hold her in high regard. In penal times the powers the Church possessed against wise women were restricted. Yet in 1829 with Catholic Emancipation, the Church became a force to be reckoned with in Ireland. It vehemently opposed all forms of heresy and would do all in its power to try to demolish it. A non-professionally trained healer represented exactly this sort of heresy. It should be noted that a ‘witch’ healer was often the only general practitioner available to people who did not have access to hospitals or doctors. Wise women’s remedies included painkillers as well as anti-inflammatory and digestive aids, which all still hold their place in modern pharmacology. While healing through prayer was sanctioned and in the control of the Church, charms (which were thought at the time to be as effective as prayer) were not.

And so Biddy Early joined the thousands who were accused of witchcraft. She was tried in Ennis in 1865. In the end most of the people who accused her withdrew their testimony and she had the majority backing of the peasant population. Early was lucky to have been acquitted, unlike a great number of peasant women in the rest of Europe. “In the witch hunts, the Church explicitly legitimised the doctors’ professionalism, denouncing non-professional healing as acts equivalent to heresy”. “If a woman dare cure without having studied, she is a witch and must die.”[Malleus Maleficarum] But of course the vast majority of women were not permitted to study. Regardless of the intensity of the witch trials, they did not manage to wipe out the lower class woman healer; instead her name was tarred as superstitious or malevolent. Twenty years after the death of Biddy Early, Lady Gregory dedicated an entire chapter to her in her book Visions and Beliefs in the West of Ireland. In it, she wrote of a horse in 1864 named Biddy Early who threw its rider and hence the negative image grew of an evil wise woman called Biddy Early. Lady Gregory is also meant to have said “An old woman without learning, it is she who will be doing the charms.” And so changed the image of the wise woman of Feakle who accepted little for her efforts into that of a conniving swindler. A character in W.B Yeats 1902 play The Pot of Broth exclaims “I’ll be as rich as Biddy Early before I die!” showing how the image of Biddy Early has been almost lost and distorted.

Lady Gregory, “Visions and Beliefs in the West of Ireland”, Forgotten Books, Sylivia Frederici, “Caliban and the Witch: Women, the Body and Primitive Accumulation”. 2004